Letter To The Editor

I’m not sure who deserves the congratulations, but whoever organized the vaccine day at the fairgrounds, Thursday, Jan. 28, did a marvelous job. It was an hour and done, including the wait after the vaccine. Don’t tell me small counties can’t organize. Great job! Cherie ShortArchbold

Twenty-Five Years Ago Wednesday, Feb. 7, 1996 Northwest State Community College is the fastestgrowing state post-secondary educational institution, bar none. That’s based on a doubledigit increase, in percentage terms, in the number of fulltime equivalent students. “We have 1,960 students registered for spring semester,” said Larry McDougle, NSCC president. Six Archbold young persons wore their pride on the front of […] 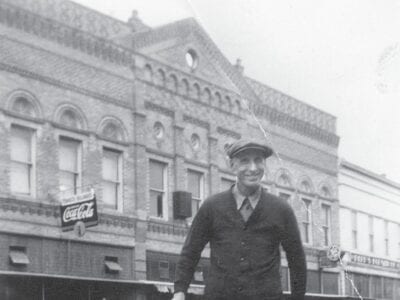 Werner Schrag, sometimes pronounced Shrock, with his bicycle in an undated photo from possibly the late 1940s or early 1950s. Schrag traveled everywhere by bicycle. He was a handyman for the E.R. and E.A. Murbach families, who lived on North Defiance Street. Among his duties were caring for the families’ horses and dogs, washing dishes and cleaning the kitchens after […]

Park Board Should Pay Off Debt

Archbold Park Board discussed the interest it is paying on money borrowed for the construction of Woodland Park. Park board members laid out reasonable explanations for their decision to finance the construction of the park with borrowed funds. By borrowing the money, they could have the park built for less than waiting years to amass the funds, and the community […]

Remember The Blizzard Of 1978?

“The worst storm in the history of Archbold struck this community” when almost 22 inches of snow fell on the Archbold area from Wednesday, Jan. 25 through Saturday, Jan. 28, 1978, read the Feb. 1, 1978 issue of the Archbold Buckeye. Even though we’ve had blizzards since, none was like the Blizzard of 1978. Share your memories of the 1978 […]

Archbold police recently released videos from a high-speed police chase of what turned out to be two stolen cars in our village on Monday, Jan. 11. Watching those videos has revealed some interesting things. There have been cases in some cities where police officers have unreasonably abused persons of color when making arrests. That abuse has cost some suspects their […] 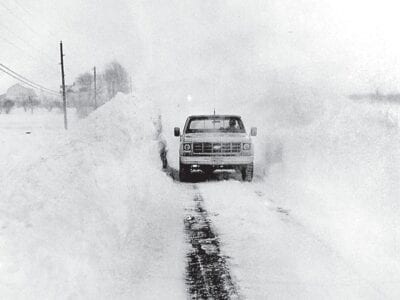 Are you ready for some snow like this? This week marks the 43rd anniversary of the Blizzard of ‘78. The photo was taken on Lutz Road directly in front of the home of Mr. and Mrs. Kenneth Stamm, Archbold. Drifts were at least 6 feet high and roads were impassable. A total 21 3/4 inches of snow fell in four […]

Twenty-Five Years Ago Wednesday, Jan. 31, 1996 According to a Jan. 24 news release from the Fairlawn Corporation, a major contribution from the Wilbur and Lorraine Wyse family will provide a recreational facility for the Fairlawn campus. The new building, which will be located south of the nursing home, will be named Wyse Commons in honor of the Wyse family. […]

What Do We Do With A Free Building?

Archbold village officials have an interesting situation on their hands. Farmers & Merchants State Bank officials have decided they no longer need the Woodland Bank branch building. Rather than try to sell or lease the facility, they’ve opted to donate it to the village, with a few provisions. It is an incredibly generous offer, but F&M will be able to […]

Twenty-Five Years Ago Wednesday, Jan. 24, 1996 In spite of challenges of shaky retail business and excess capacity in the industry, Sauder Woodworking finished the year up 4%. “It was an interesting year, a challenging year,” said Kevin Sauder, vice president of sales and marketing. In July of last year, Sauder said sales were picking up. The back half of […]

Category Pages are limited to 90 days. Please use the archive page or the search box to find older articles.