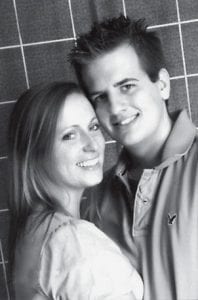 Jaime and Cindy Zsembik, Archbold, announce the engagement of their daughter, Carey, to Jonathan Monk, Perrrysburg, son of Curt and Rhonda, Defiance.

Her fiancé is a 2002 graduate of Living Word Christian High School. He earned bachelor’s degrees in broadcasting and theater from Southeastern University, Lakeland, Fla., in 2006. He works on the production staff of WTOL TV, Toledo.