Yedica Struggles With Police, Is Tased 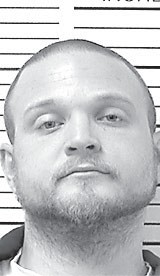 Archbold police deployed a Taser, a high-energy electrical stun gun, to subdue a struggling person who was being arrested Monday, Sept. 7.

He was eventually taken into custody and transported to the Corrections Center of Northwest Ohio, where Wyse said Yedica was “less than cooperative.”

Police were called to the Yedica home about 7:30 that evening on a report of a domestic violence case that had become physical.

The alleged victim, identified as Jennifer Ann Hancock, 31, of the same 100 West Barre Road address, was found running down an alley. She had suffered what the police report called “apparent minor injuries.”

She was taken to the Fulton County Health Center by Archbold Rescue. No information about her was available from FCHC.

Police went to the home and located Yedica.

“Suspect (Yedica) was highly intoxicated and located in his bedroom inside the residence,” the report states.

“The suspect was placed into custody, and escorted to (the police) cruiser.

“Suspect became enraged after seeing the victim and began to fight officers.

“Suspect was tased x 2 (twice), subdued, and restrained. Transported to CCNO for booking.”

Wyse said officers used the Taser twice because the first jolt had little to no effect.

Yedica was handcuffed but was not hog-tied, in which the subject’s feet are bound and tied to his wrists. Hog-tying is prohibited by current APD policy, he said.

During the fight with Yedica, Wyse said two offi- cers suffered minor injuries, mostly from being kicked. They did not require medical treatment.

While in the cruiser, Yedica damaged an interior door panel, causing about $200 damage.

Yedica was initially booked into CCNO on charges including domestic violence, assault, resisting arrest, and vandalism.

Wyse said Monday a single count of felonious assault has been filed against Yedica, but other charges are pending.

Yedica is being held at CCNO, where he is serving sentences of 180 days on charges of endangering children by operating a motor vehicle while under the influence of alcohol or drugs with children under the age of 18, and arrest of person under community control sanction. The earliest date he can be released from CCNO is March 6, 2016.