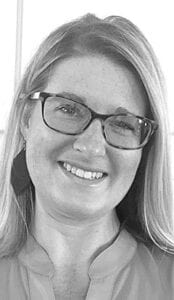 Christine Ziegler, district treasurer, said Wyse was one of nine applicants for the position.

In addition to holding a school district treasurer license, Ziegler said Wyse has extensive payroll and benefits experience, plus a lot of other experience in the private sector.

She did an internship at Archbold under Ziegler, and has worked in the Wauseon, Four County Career Center, and Stryker school districts.

The board granted Wyse a one-year contract. She starts Monday, Dec. 7.

“I am looking forward to the opportunity,” Wyse said. Personnel

The school board approved several other personnel actions for the 2020-21 school year.

Adam Cobb was approved as a band volunteer, while Travis Jaramillo was named a volunteer wrestling coach.

Greg Kuhlman was granted a one-year supplemental contract to serve as the winter concessions manager.

Susan Crawford was approved as a three-hour custodian, with an effective date of Oct. 26.

The board approved the paraprofessional substitute list provided by the Northwest Ohio Educational Service Center.

The board also approved the substitute teacher list provided by the NWOESC. Karen Beck, board member, abstained on voting on the substitute list because her husband, Norm, is on it.

The board accepted two donations.

A donation of $17,032.16 from the Archbold Area Foundation was accepted for personal protection equipment and new technology, and $1,000 was received from an anonymous donor for the football program.