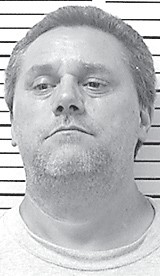 The trial of James Worley, 58, rural Delta– the man charged in connection with the murder of Sierah Joughin, 20, Metamora– has been delayed.

The information was turned over to a forensic psychologist who will prepare to testify at the mitigation phase of the trial, which will occur only if Worley is convicted.

The psychologist would not have time to study all of the information for a Jan. 16 trial.

In the mitigation phase, witnesses testify about reasons to reduce, or mitigate, the defendant’s punishment. Worley is eligible for the death penalty.

Having an expert witness ready for mitigation does not mean Berling does not expect to exonerate his client.

“Mitigation is always a possibility, and you absolutely must be ready, because they go straight from verdict to mitigation,” Berling said.

Berling confirmed that the office of the Fulton County Prosecuting Attorney had submitted a plea agreement.

That, Berling said, does not mean the prosecution does not believe in its case.

“There’s always a plea offer of some sort. Both sides go back and forth. It’s part of the process,” he said.

Joughin disappeared the evening of July 19, 2016, while riding her bicycle near the Evergreen Schools.

An extensive search of the area was fruitless.

Worley was arrested at his residence during the early morning hours of July 22.

The following day, Joughin’s remains were found in a grave in a field on Co. Rd. 7.

The coroner’s report said she died of asphyxiation.

Worley has been held at the Corrections Center of Northwest Ohio since his arrest. He was indicted on 19 charges including murder, aggravated murder, abuse of a corpse, and kidnapping.