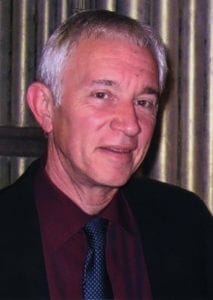 William A. “Bill” Swisher, age 68, of Archbold, passed away in his home on Friday, May 25, 2012.
Prior to his retirement on May 5, 2008, he had been the plant manager for Arrow Tru Line in Archbold.
Bill had also worked in quality control for Bard Manufacturing in Bryan.
Bill was born in Toledo, Ohio, on April 30, 1944, the son of the late W. Byrl and the late Margaret (Blotkamp) Swisher.
On Nov. 30, 1985, he married Diane Tyson, and she survives.
He was an Army Veteran of the Vietnam War.
Surviving besides his wife, Diane, are two nieces, Emily and Molly Fabricatore of Walkersville, Md.
Funeral services will be held at 7 p.m., Tuesday, May 29, 2012, at the Grisier Funeral Home in Archbold, with the Rev. Dan Fabricatore, officiating. Interment will be in the Archbold Cemetery.
Friends may call at the funeral home on Tuesday from 2 p.m. until the time of service.
The family requests that memorial contributions be given to the Hickman Cancer Center Auxiliary of Flower Hospital or the Fulton County Humane Society.–Posted 5.25, 3 pm