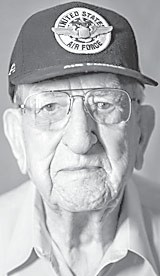 Wilbur was a 1938 graduate of Westhope High School and honorably served his country in the U.S. Army Air Corps during World War II.

He was a farmer at heart his entire life. He also retired from McClure Grinding & Machine in 1990 as the plant manager and previously worked at Campbell’s Soup and Automatic Feed, both of Napoleon.

He was a faithful and lifetime member of Westhope Bible Church and proud member of Gideons International for over 50 years.

He was also preceded in death by an infant daughter and sisters, Thelma Clausen and Norma Junkins.

Visitation is 5-8 p.m., Thursday, at the funeral home.