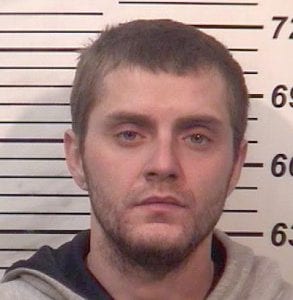 Archbold police announced Friday afternoon they have filed a charge of robbery in connection with the Tuesday, Jan. 24 hold-up of the Circle K convenience store.

Martin Schmidt, Archbold police chief, announced in a press release that paperwork was filed Friday, Jan. 27, charging Kenneth A. Thatcher, 25, of Swanton with a single count of robbery.

Records show Thatcher was arrested by Fulton County sheriff deputies and incarcerated at the Corrections Center of Northwest Ohio Friday, on a charge of contempt of court. That charge is pending in Fulton County Western District Court.

A male suspect entered the Circle K convenience store about 4:29 am on Tuesday, Jan. 24th. He approached the clerk and demanded money. The clerk complied, turning over an undisclosed amount of cash, and several packs of cigarettes.

Earlier press releases state the suspect may have been carrying a small knife. The clerk was not injured.