Voters To Choose Clerk of Courts 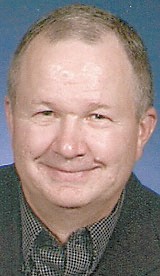 MacDonald and Zuver are running in the Republican Party primary.

No Democrat filed for the position, so unless an independent candidate files nominating petitions, the Republican Party primary will determine who will be the clerk of courts.

The deadline for an independent candidate– someone running without political party affiliation– to run for office in the Nov. 8 general election is Monday, March 14– the day before the primary election.

Write-in candidates may file at a later date.

MacDonald, Wauseon, was appointed to serve as Clerk of Courts in 2010, upon the retirement of Mary Gype, former clerk.

A 1971 graduate of Leipsic High School, he earned an associate degree in accounting from the International Junior College in 1972. 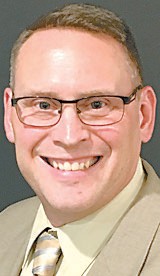 He is a member of the Ohio Clerk of Courts Association; Fulton County Township Association; INTV, a public access cable channel in Wauseon; and the Christ United Methodist Church.

He also works with the Fulton County Heart Radiothon.

MacDonald said his goals in office are to “continue to look at technology to help us do our job.”

He said he is looking to go to a paperless office system in two years.

Zuver is the chief deputy in the Fulton County Sheriff Department. In his job, he has continued in-service training.

He is a member of the Buckeye State Sheriff’s Association, Gideon’s International, and a Bible study volunteer at the Corrections Center of Northwest Ohio.

He is a member of the Archbold Evangelical Church, where he is a junior high youth mentor.

Zuver said, “I am a detailed, hands-on person, and take very seriously my responsibility to be professional, respectful, and efficient in my sworn duties toward the public I serve.”