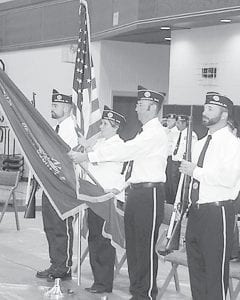 During Memorial Day services, Monday, May 27, at Archbold and Pettisville, Pete Grime, a member and former post commander of the Archbold American Legion post, called roll.

There was no answer.

“Chief Warrant Officer Aeschliman is not with us today,” he said.

Aeschliman, an Army helicopter pilot, was shot down Jan. 12, 1970, in Vietnam. He died four days later.

Memorial Day, P. Grime said, is not a day to honor all who served in the military. 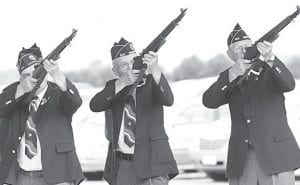 It is to honor those who gave their lives in service to the nation.

P. Grime gave a little information about the four who survived Vietnam; where they live today, the number of children and grandchildren.

“David Aeschliman has no children, or grandchildren. He didn’t marry a pretty young bride. He won’t sit up at the legion hall with his buddies and drink a cold beer on a hot day.

“He never celebrated his 21st birthday.”

P. Grime talked about the price of freedom.

“We who survive such heroes as David Aeschliman must always remember the price of freedom, and that freedom, indeed, is not free.”

P. Grime said for him, “the price of freedom is every Christmas, every Easter, every birthday, every memory, every breath, from my 21st birthday.

“And all of your memories, all your accomplishments, from your 21st birthday– that’s the price David Aeschliman paid.”

Five young men from that class– Aeschliman, Miller, Frank Grime, Mignin and Winzeler– joined the military and went to Vietnam.

But P. Grime said he was not just honoring those five, but rather, the entire Class of 1967, the entire generation that served in Vietnam.

On Memorial Day, P. Grime said we must remember “all who fought to their dying breath, so that we may live in freedom.”

He also urged the audience to remember “those who stand on the ramparts of freedom, fate unknown.

“Let us keep them all in our hearts and prayers,” he said.