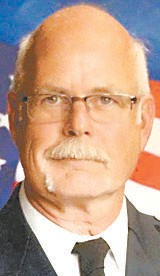 When Republican voters go to the polls for the Ohio Primary Election, Tuesday, March 15, they will decide who will represent their party in the race for Fulton County commissioner.

They will choose between Gary L. Loar, Metamora, and Jon Rupp, rural Fayette.

The winner of the race faces Democrat Jeffrey Mazurowski, Delta, in the Nov. 8 General Election.

Mazurowski’s name appears on the Democratic ballot, but he is unopposed for the nomination.

The eventual winner will replace Paul Barnaby, a four-term county commissioner. He is not seeking reelection.

Rupp is a 1978 graduate of Fayette High School, and is a farmer.

He has served 27 years as a Franklin Township Trustee, and is a member of the Fulton County Health Center Board of Directors.

He also is on the county committee of the Farm Service Agency.

Rupp is a member of Gideons International and St. John’s Christian Church, Archbold. 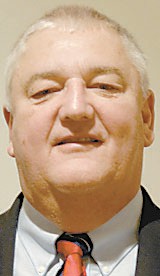 Asked about his objectives as a county commissioner, Rupp said, “My main goal is good stewardship by taking care of our townships and communities, and helping them to protect and enhance their resources.”

Loar is a Metamora native and Evergreen High School graduate. He served in the U.S. Navy from 1969-1975.

He graduated from the University of Toledo with a bachelor’s degree in business.

Loar retired from Parker Hannifin after 35 years. He is currently employed by Mercy Health Care and owns Loar’s Auto Repair in Metamora.

He has been mayor of Metamora for 20 years, and has been a 40-year member of the Metamora-Amboy Volunteer Fire Department, the last three years as assistant chief.