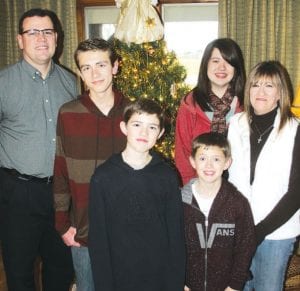 Such an alignment of numbers only happens one day in a century. For most, it’s just an interesting occurrence.

But for Ryan Rufenacht and Elias Rash, 12-12-12 is something special.

Ryan was in a hurry to arrive on the special date. His mother Mary said he was born about 12 weeks premature, then had to spend more than nine weeks in the hospital. 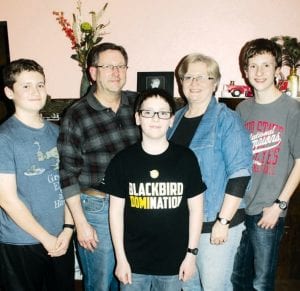 “We were on our way, and we were stopped in Swanton by a red light. I was so scared to death that I was going to deliver this child in the van. I do not know how to do this!

“So I’m praying out loud, ‘Lord, please, help us, so we don’t get stopped by any more red lights!’

“The very next light we come to, right before we came to it, the power went out in Swanton.

“I’m like, ‘Well, okay, the light’s not exactly red, but I was kind of hoping for green.’

Ryan and Elias both have fathers named Craig.

Both are sixth graders at Pettisville.

Ryan said his friends at Pettisville say being 12 on 12-12-12 is kind of cool, “but sometimes they don’t sound that interested.”

“She actually sounded the most enthusiastic. She said it sounded pretty cool,” said Ryan.

Elias said he talked to Ryan about their joint birthday.

“I told him we should take $12 and go to someplace like a horse stadium. There would be 12 horses, and we would bet on number 12.

Craig Rufenacht said his family didn’t recognize the significance of his son’s birthday until 12-12-11.

Mary said, “We should have thought about it, because he was born in 2000.”

Elias said he didn’t exactly remember when he thought about the “12” phenomenon.

He did recall thinking about the fact that his age is the same as the last two digits of the year.

“Mom and I figured it out that day (the day Elias was born),” Craig Rash said.

Neither had definite plans for today.

Ryan’s family said the birthday boy gets to choose the restaurant where the family will eat.

Elias will have to put off a special celebration, because he has practice for a church Christmas program.

Pam said they might take snacks for Elias’ classmates.

“We could bring in 12 snacks per kid,” Elias said.

Even though they have December birthdays, neither reports suffering through the “all-purpose present syndrome,” wherein a child with a December birthday receives one present that supposedly covers both the birthday and Christmas.

For the Rashes, that’s because father Craig’s birthday is on Dec. 2, and he was affected by the syndrome.

“They’ve got to have their own presents,” said Craig Rash.

Combined, the boys have five siblings, ranging in age from 17 to 9.

Which leads Craig Rufenacht to think about another different set of numbers.

“Next year, we’ll have three teenagers.”