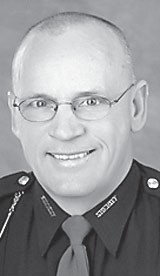 The two men are running for the Republican Party nomination. No Democrat filed paperwork to run in the primary.

There could be independent or write-in candidates for the Nov. 8 general election. Barring independents or write-ins, the GOP primary will decide who will be the sheriff.

Bodenbender is a 1977 graduate of Liberty Center High School.

In addition to being a member of the Buckeye State Sheriff’s Association, he is a member of the Sharon United Methodist Church where he is a trustee and chairman of the finance committee.

Bodenbender said he pledges “to continue to fight heroin issues with every available resource.”

He also said he will work to upgrade the county radio communications network and continue to operate the sheriff office within the budget. 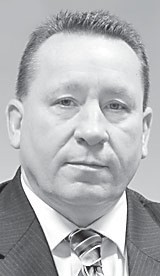 A 1981 Liberty Center graduate, Schultheis joined the Henry County Sheriff Department. He retired from the department in 2012.

Today, he is a part-time Napoleon municipal court bailiff, and a member of the Napoleon Police Department Auxiliary and the Napoleon Elks.

If elected, Schultheis said his goals are “to make Henry County safe and secure by providing adequate law enforcement.”

He also said he wants to rebuild relationships with other agencies, and bring back the sheriff department detective bureau.