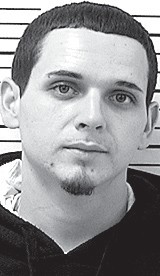 A man and a woman arrested after two unrelated incidents in the village were released on their own recognizance in Fulton County Western District Court, Monday, Jan. 29.

Chavis Hunter Martinez, 25, East Gardens, was charged with domestic violence and assault after a Friday, Jan. 12 incident in the East Gardens complex that started about 10:56 pm.

Police were called to an apartment on a report of domestic violence and assault.

Martinez then allegedly assaulted a second individual, Travis John Henricks, 24, whose apartment is near the one Martinez and Reyes share.

During the alleged scuffle with Henricks, Martinez suffered a “massive cut to the right thumb/hand.”

Police records indicate “a wood and metal sword” was confiscated from the scene. 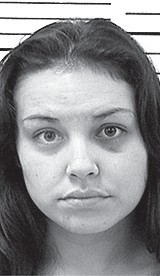 Martinez was treated and released from the Fulton County Health Center.

Rogers said Henricks is not charged in connection with the incident.

“You are allowed to defend yourself,” Rogers said.

Tori Leigh Knicley, 23, East Gardens, faces a charge of negligent assault after an incident that occurred in an apartment in the East Gardens complex, Thursday, Jan. 18.

Police were called to the complex about 10:07 pm on a domestic violence report.

During the incident, Knicley suffered a swollen lip and a cut, described as a severe laceration, to her right shoulder, which may have been caused by a knife, Rogers said.

Knicley was treated for that injury at the Fulton County Health Center and later released.

A seven-month old girl also suffered an apparent minor injury during the incident. Rogers said that child is currently in a safe environment.

There was a third person involved in the incident who is not facing charges.

Warrants from Western District Court were issued for Martinez and Knicley on Thursday, Jan. 25.

Both were arrested the following day and taken to the Corrections Center of Northwest Ohio.

They appeared via video in Western District Court Monday morning.

The cases against them were continued and both were released on their own recognizance after spending the weekend in jail.

In an unrelated case, Martinez was cited for driving while license suspended and operating a vehicle with license plates belonging to a former owner, Thursday, Jan. 18.

Police were called to the Sauder Woodworking Erie Distribution Center about 7:05 pm that day on a report of a suspicious vehicle. An investigation resulted in the citations.

The vehicle was impounded and towed to the APD impound lot.