Twelve Letterwinners Back for AHS Wrestling 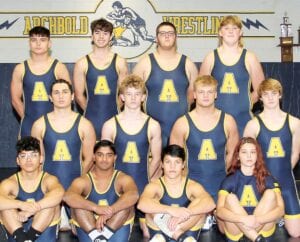 As Brian Becher begins his 19th season at the helm of the Archbold wrestling program, he welcomes back 12 letterwinners to start the 2020 season.

“Our best guys will have the expectation of being state placers,” said Becher.

“We should be competitive in most dual meets simply because we have such good numbers.

“We have 30 kids signed up. Six incoming junior high state qualifiers are the most that we have ever had.”

Becher sees his team being in the top three in the Northwest Ohio Athletic League, but projects Delta as the team to beat.

“The traditionally strong wrestling programs of Delta, Wauseon, and Liberty Center should once again be at the top of the league,” said Becher.

“The wrestlers from all three of those schools are technically sound and wrestle very hard.

“All of the other teams in our league have competitive individuals, but lack the depth of the better teams.”