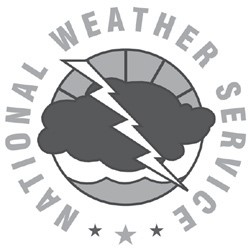 There were actually two tornados in Northwest Ohio that day, all part of a large complex of strong-to-severe storms that produced several areas of wind damage across Northern Indiana, lower Southeast Michigan, and Northwest Ohio.

NWS officials said the tornado started in the village of Fayette and ended a mile south-southeast of the village. It traveled about twotenths (.2) of a mile along the ground, reaching a maximum width of 70 yards.

Most of the tornado in the Fayette area was considered a 0 on the Enhanced Fujita scale. An EF0 storm has maximum winds of 65-85 miles per hour.

“There was a small area of EF1 (wind speeds of 86-110 mph) damage in the middle of the track near the intersection of S. Fayette St. and Co. Rd. R,” NWS officials said in a statement.

“The EF1 damage included several large and healthy tree trunks up to two feet in diameter snapped in half.

“A large branch approximately 10 feet in length and one foot in diameter was lofted around 15 yards into the side of a house, causing considerable damage to a balcony.”

In addition, “sheet-metal roofing was lofted over 200 yards, and there was damage to the roof at the Fayette school building.”

The Fayette tornado ended at about 2:42 pm.

There were no injuries resulting from the tornado.