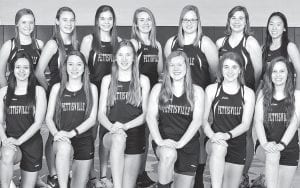 The Pettisville track season starts Thursday, March 31, when the Birds host Hilltop and Montpelier, and for the 35th season a familiar face welcomes not only new athletes, but seasoned returning letterwinners, as well.

Tom Wagner is starting his 35th year as the Pettisville track and field coach.

The Blackbirds will look to continue their streaks in the Buckeye Border Conference by defending their league title on both the boys and girls sides.

Last year’s BBC title was the fourth consecutive for the boys team, while the girls won their second straight.

“We have good numbers on both the girls and boys sides, but on the boys side, 15 of the 27 are first-year runners,” said Wagner.

“The girls team has a strong distance crew with experience at the state level, but our freshmen will have to step up as the year progresses.

“On the boys team, we are young and inexperienced and will have to step up and learn quickly. 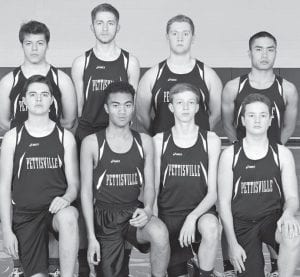 “On both squads, we hope to be in the hunt for a BBC title. The boys race will have Edon as the team to beat, while on the girls side, Edon and Stryker are also strong.”