The Thrill Of Victory… …And The Agony Of Defeat 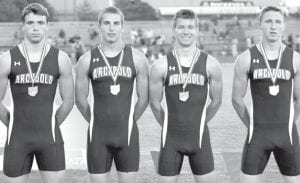 Above: The Archbold boys 4×200-meter relay team of Nate Hammersmith, Noah Keefer, Danny Young, and Desmond Sleigh, from left, is the first boys relay state champion in AHS history. The quartet won the event at the Division III state track and field championships, Saturday, June 5, in Columbus. Right: Devin Newman is heartbroken after AHS lost 3-2 to West Liberty-Salem in a Div. III state softball semifinal, Friday, June 4, in Akron. With the Blue Streaks down 3-2, a runner on second, and two outs in the seventh inning, Newman slammed a fly ball down the left field line. The ball hit the WLS leftfielder’s glove, bounced up, and fell back into the glove to give the Tigers the victory.– photos by Donald Young and Mary Huber 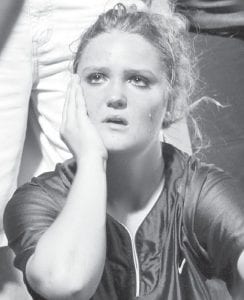