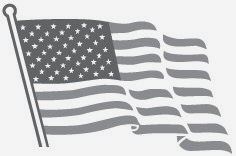 Friday is the most important American holiday. The Fourth of July will be observed throughout this great nation in every imaginable way.

We became a free nation on July 4, 1776. We were free from the shackles of European imperialism, from subjugation to a hostile king and the archaic government he represented.

On that special day the Declaration of Independence was signed by a handful of brave men who wanted freedom, and who won freedom not only for themselves but for the millions who were born later and the 304,479,311 million people who live here today.

Americans have been free people for 232 years. The growth, prosperity, and development of this nation has been the most rapid and stable since time began.

Today our nation pours trillions of dollars from its bounteous treasury to help everyone around the world. Our great farm harvests put food on the table for families everywhere on earth. We give even to those who threaten to put us under. America continues to give with no end in sight.

As we observe the Fourth of July with family and friends, our beautiful American flag flies over this great land.

Yet, we must remember that our freedom is not free. The cost has been paid in blood and treasure. The price is high, but Americans have always paid the bill in full.

While many citizens will have their mind occupied with the anticipation of a long weekend vacation, pleasures at the lake, or traveling our super highway system, be sure to take a few moments to reflect on the importance of the day in our history.

What Do We Do With A Free Building?Golden Notes Of Archbold’s Memorable PastLetter To The Editor