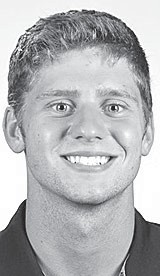 Thatcher earned an honorable mention in the three-meter springboard. He qualified for the B-final after finishing 11th in the preliminaries, eventually finishing seventh in the B-final.

The SU men’s team finished fifth in the championship meet.