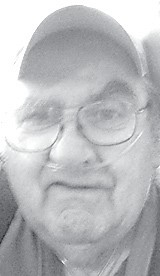 Born July 31, 1944, in Wauseon, he was the younger of two sons born to the late DeWayne and Virginia (Dorsey) Fredrick.

Terry grew up in Fayette and was a 1963 graduate of Gorham Fayette High School. He later moved to Chicago, where he furthered his education and also worked as a surveyor.

Upon moving back to Fayette, he worked as a carpenter for over ten years at Rupp Lumber in Pettisville.

Terry enjoyed woodworking and crafting, and enjoyed drawing his intricate plans for his projects. Every year, he greatly anticipated the week of festivities and food of the Fulton County Fair.

A funeral service for Terry will be held on Thursday, Nov. 9, 2017, at 11 a.m. at the Eagle Funeral Home in Fayette with Rev. Gene Sugg officiating. Burial will follow in the Pleasant View Union Cemetery in Fayette.

The family will receive friends for a visitation on Wednesday afternoon, from 2-8 p.m.

Those planning an expression of sympathy may consider memorial donations in Terry’s name to the Gorham- Fayette Fire Department or the Parkinson’s Foundation.

Friends can share memories and words of comfort with the family online at www.eaglefuneralhomes.com.