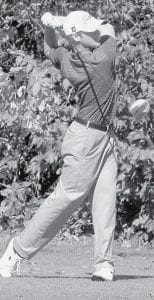 It was the first time in school history that the golf team had advanced to the state tournament.

Twelve five-man teams plus 12 individuals not on qualifying teams advanced to the state golf tournament.

Steven Kinsman, a senior, finished his golfing career at AHS by placing 15th with a two-day score of 78-83-161. 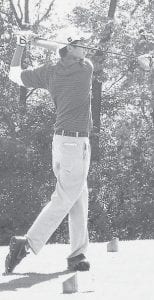 “I’m really proud of the guys. They did a nice job,” said Kevin Miller, AHS coach. “Maybe we could’ve played a little better, (but) they did what they could.

“We had kind of a Cinderella season. Lots of great things came out of this year that we didn’t expect.

“Our goal was always to improve on everything from last year: scores in tournaments and placing in tournaments, and to better our averages. We achieved almost all of those goals, and going to state was the icing on the cake.

“It was just a great experience for us.”

The course was a “pretty tough course. The greens were tough, pin placement was reasonably tough,” said Miller. “You really had to select the appropriate club, and there were some high scores for people that normally didn’t have high scores.

“We did improve on the second day. Tyler Bernath did a great job recovering… he had a tough Friday and came back and scored well on Saturday. 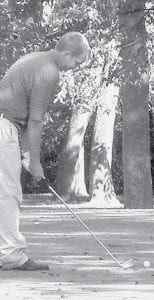 “That’s just a testimony to our guys, because they all can do that when they have to. They just grind away.”

“Steven Kinsman and Tyler Bernath have been with me for four years,” said Miller. “They started with me. I’ve watched them grow as young adults, as well as golfers.

“They’ve been great leaders for this group, and Tyson Bostelman has been with me three years.

“They each bring something a little bit different to our team, and it’s been a joy having all three of them throughout my coaching experience here.

Next year, “we have Jacob who will more than likely become our number one. He played as solid as anybody at state… as consistently.

“We have freshmen that can play, and we have some other juniors, Jarrett Yoder will be in the mix again because he did a nice job throughout the year as being the number five man.

“We’re looking forward to next year. We’re definitely going to be competitive.” 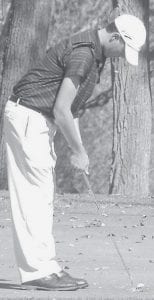 Through their experience at state, “I think (the boys) hopefully will realize that sometimes we can attain things that maybe we didn’t plan on, and you just do the best you can each time up to that point,” said Miller.

“And when you do get the opportunity, take it and do the best you can.” 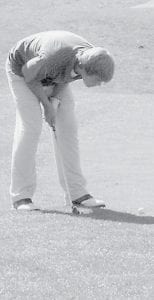