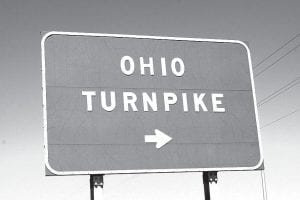 And the latest, courtesy of the Ohio Department of Transportation: it’s not a “feasibility study” of turnpike privatization; it’s an “opportunity analysis.”

Give us a break.

Oh, but Kasich pledged to spend the “majority” share of the money in northern Ohio, right?

What does that really mean? Well it doesn’t mean all of the money would stay in northern Ohio, for one thing. “Majority” means if you earn $100, then you’d keep $50.01 of it. That means $49.99 could go elsewhere. Hmm… doesn’t sound so great now, does it?

And will government officials figure that since “a majority” of that Turnpike lease money is going to northern Ohio, they can reallocate the money that would have come back from state government sources and spend it elsewhere…resulting in a net gain of zero for us.

Or, as the spin doctors would say, “revenue neutral.”

And Steve Faulkner, press secretary for ODOT, said KPMG, the consulting firm hired to conduct the feasibility study, has “contacted dozens of elected officials, business leaders, and others to gather their input on their project.”

In last week’s Buckeye, Faulkner said, “Opposition to leasing the turnpike has been waning.”

We’ll bet it has. That’s what happens when you don’t talk to opponents.

Ohio Turnpike travelers, especially travelers who are northern Ohio residents, will be the losers if the Turnpike is privatized.