Stevens To Be Inducted Into Napoleon HS Athletic Hall Of Fame 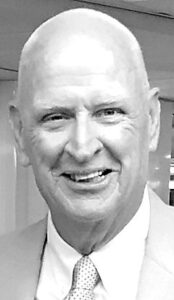 Ron Stevens, a former Archbold coach who was living in Estero, Fla., when he died in June 2020, is one of seven Napoleon High School graduates being inducted into the Napoleon Athletic Hall of Fame the weekend of Sept. 3-5.

The ceremony was originally scheduled to be held in 2020, but was postponed due to the Coronavirus pandemic.

He was a three-year varsity letterwinner in basketball, and was voted Most Dedicated Athlete in 1963. He was named to the All- Northwest Ohio Athletic team in 1962 and 1963.

He was named as one of six outstanding athletes during his high school career by the NHS Athletic Boosters Club.

A student-athlete at Adrian (Mich.) College from 1963-67, he earned a fouryear varsity basketball letter and was named All-Conference honorable mention in 1967. He graduated with a degree in elementary education.

Stevens served as head boys basketball coach at Edgerton High School from 1973-79, where his team was the Green Meadows Conference champion in 1977-78. He was also named the district Co-Coach of the Year.

He was also the head volleyball coach at Edgerton, with his teams winning GMC championships in 1980 and 1983.

He enjoyed “teaching” seventh grade girls basketball at Archbold Middle School until he and his wife, Sue, moved to Florida in 2005.