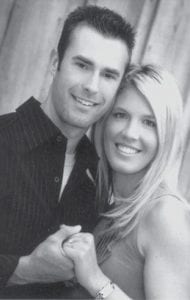 Her fiancé is a 2000 graduate of Archbold High School and a 2004 graduate of the University of Findlay, with a bachelor’s degree in marketing. He is employed by Nutro, as a senior key account manager.

Enthusiasm is the genius of sincerity and truth accomplishes no victories without it.- Edward G. Bulwer-Lytton