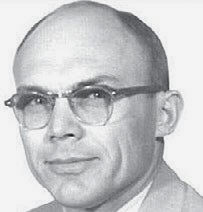 Springer, who died Nov. 26, 2006 at age 89, donated $30,000 to the Pettisville and Evergreen School districts. The money is to be used to endow a scholarship for students entering education. Special consideration will be given to those with financial need.

The money will be invested, with interest income providing the annual scholarships.

The first scholarships will be awarded in 2009.

The Pettisville School Foundation accepted the money at its Tuesday, May 20 meeting, and created the David E. Springer Scholarship as part of its scholarship offerings.

The Evergreen school board created the David E. Springer Memorial Scholarship Fund as a perpetuating scholarship fund, as part of their board funds.

Switzer said Springer became the third PHS principal in 1947. In 1952, he was named the third Pettisville superintendent, a post he held until 1959, when he joined Fulton County Schools as a high school supervisor.

He took a guidance position at Evergreen in 1966, and became the Evergreen superintendent in 1969.