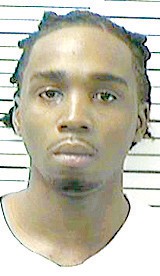 Kentwan Jacquest Robinson, the driver of a car that crashed in Stryker after being chased off the Ohio Turnpike, was having his 26th birthday the day he was arrested.

On Dec. 28, 2018, Robinson was driving a car westbound, fleeing from the Ohio State Highway Patrol at speeds topping 90 miles per hour.

Robinson and Tarell Thomas Williams, 29, both of Bridgeport, Conn., and Carlos Fabian Pagan, 29, Ansonia, Conn., were captured in Stryker following a chase that started about 9:50 am on the toll road near milepost 46, west of Swanton.

An OSHP press release states troopers stopped a westbound car for speeding on the Ohio Turnpike, but the vehicle fled and the chase was on.

The chase proceeded west at high speeds. Troopers attempted to use tire puncturing “stop sticks” to disable the vehicle, but were unsuccessful. 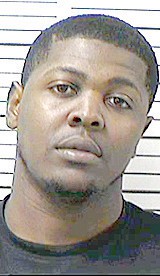 The fleeing auto got off the turnpike at Exit 25, the Archbold Fayette interchange.

Reports vary at this point, but the suspect vehicle was reported traveling west on St. Rt. 2.

Schlosser said there were two Stryker officers on duty at the time: A.J. Treace, a lieutenant, and Shaun Fulk, a patrol officer.

Fulk went about a mile and a half outside the village on St. Rt. 2, northeast of Stryker.

“So patrolman Fulk saw the vehicle coming at him, and clocked it doing about 93 miles an hour on the radar,” Schlosser said.

“He got right out and started in pursuit. He didn’t even see the other units behind him. I think they were close to a mile to a mile and a half behind the suspect vehicle. 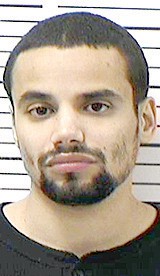 “At that point, they came into town from St. Rt. 2. Shaun said he could see the vehicle turn to the east on Road Street, which is our Co. Rd. F-50.

“When he saw them try to negotiate that turn, he saw them hit a large boulder– like a decorative boulder in the front yard– and they crashed out.”

“He only saw one person (the driver) exit the vehicle,” Schlosser said.

The others probably got out and hid using cover from some trees, he said.

“Shaun ended up catching up with the driver. It wasn’t really conducive for a foot pursuit at that point, be- vehicle. He had eyes on the suspect.

“So they ended up in Springfield Township Park. He (the suspect) ran around the tennis courts (with Fulk chasing in his patrol car) and the guy ended up running back to the west and hopped a residential fence surrounding a guy’s backyard.”

Schlosser described the fence as a wooden residential privacy fence.

Fulk waited about five minutes until other officers arrived.

Then Fulk, Treace, and Kyle Miller, a Williams County sheriff deputy, “hopped the fence and took the driver (Robinson) into custody. He was hiding under an aboveground pool deck,” Schlosser said.

Robinson was transported to the Corrections Center of Northwest Ohio.

Other officers, including OSHP and Williams County sheriff deputies, began to arrive.

Other dogs from OSHP were also involved.

OSHP troopers called in a highway patrol helicopter from Columbus.

As alerts went out to Stryker residents to lock their doors, the search for the remaining two got underway.

Schlosser said officers found that while neighborhood residents were not home, many had left their doors unlocked

“It’s our due diligence to make entry and to clear that house to insure that there’s nobody there,” Schlosser said.

“I know there was a vacant house, in very close proximity. Chief Wixom and Nate Slough ended up clearing that vacant house, because our officers found a house right across the street that was unsecured.

Wixom had the Archbold Police Department drone, a small remote-control aircraft, with him, but did not use it.

“So our officers went into that house which wasn’t occupied, but somebody was living there.”

While the search was underway, a teenage boy walked into a detached garage and discovered the two suspects inside.

“Once he saw the two guys inside the garage, he took off running,” Schlosser said.

As he ran, he yelled for police.

The suspects– Williams and Pagan– ran toward a nearby row of pine trees and attempted to hide underneath.

At about 1:30 pm, they were taken into custody.

OSHP seized the car used by the suspects.

Troopers searched it and discovered a loaded 9mm semi-automatic handgun with a 30-round magazine.

None of the suspects brandished the firearm at officers during the chase.

One aspect of the incident was the three law enforcement entities involved all use different radio systems.

MARCS and the Lucas County system are digital systems.

Yet, Schlosser said, “When we had to do it (talk to each other), we did it.

“I can’t say enough about our friends to the east. As far as Archbold and Stryker, we’re no more than four or five miles apart.

“They were here when we needed them, and vice versa. When they need us, we’re going to be there in a heartbeat.”

Pagan and Williams each appeared on Monday, Dec. 31, 2018, in Bryan Municipal Court on charges of obstructing official business. Both entered guilty pleas.

They were released from CCNO on Wednesday, Jan. 2.

Robinson appeared in Fulton County Eastern District Court on Jan. 2 via video. He was arraigned on a charge of felony fleeing and eluding, and his case was bound over to the Fulton County Common Pleas Court.

As of Sunday night, Jan. 6, he was still being held at CCNO.