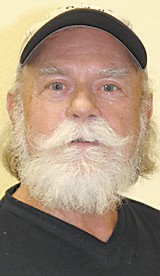 Archbold is the recipient of some special gifts this Sesquicentennial year.

“This is my new career, as a music producer. I have been retired from politics; I’m still working as a singer-songwriter. But now I’m segueing into a music producer, so that’s what I’m doing today.”

Working with the Sesquicentennial committee and BSAC, Nofziger has put together several musical events.

Ryan Roth, Bill Beck and Mike McRobbie, and Jim Weber will perform at The Blue, Saturday, July 16 beginning at 4 pm.

All shows are free and open to the public.

“Ryan Roth– he’s a local singer-songwriter who plays around the area,” Nofziger said. 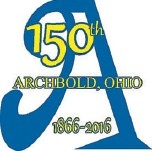 “Billy Beck and Mike McRobbie– these guys had a coffee shop show 40 years ago. They toured around Indiana and Michigan.

“I play music with them every week now here in Archbold. We have a jam, so I said, ‘Why don’t you guys kind of dust off your coffee shop show and do some stuff at The Blue?’

“Jim Weber is a fellow that lives out in Angola (Ind.). I knew him back in the early 70s in Wauseon. He was the drummer for all these rock-nroll bands that were coming out of Wauseon at the time.

“Then he moved to Austin, spent some years in Austin, then he moved back and lives in Angola, and he’s a singer-songwriter.

“I happened to catch his act. I hadn’t seen him in decades. It was like, ‘Jim, you got good, congratulations!’ So I booked him for this show.”

The son of the late Sanford and Bernice Nofziger, Max has led an unusual life.

The valedictorian of the 1966 AHS graduating class, he graduated from Adrian (Mich.) College with a degree in political science and ended up in Austin in 1974, where he became a street-corner flower salesman.

He eventually parlayed that into a seat on the Austin city council.

A member of bands and choirs while attending school, he was a musician when he went to Texas.

“I was in a couple of bands down there, too. We played some gigs.”

When he began his political career, several of those bands performed fundraisers for him.

While in office from 1987 to 1996, he helped build the local music scene. He was part of an effort that proclaimed Austin the “Live Music Capital Of The World.”

Nofziger has spent his summers in the Archbold area for about the last five years.

Friends from Austin have come to visit. One was Sheryl Stack, a pianist.

Nofziger got her a show at The Blue.

He came up with the name, “Austin to Archbold Connection.”

Nofziger has other plans– big plans for live music in Archbold.

Music, he said, can change lives.

“The power of music– that’s what I’m trying to engage here,” he said.