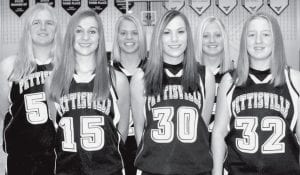 Waldvogel has spent 11 years at the varsity level, compiling a 115-121 record. Last season the Birds finished 11-10, 6-4 in the Buckeye Border Conference.

“The girls have the willingness to work along with a good amount of experience,” said Waldvogel. “We should be able to shoot the basketball fairly well, along with having decent speed and size.

“It will take some time to develop individual roles between the experienced and inexperienced players, but that is being solved in the preseason.”

“We want to give 100% each night and keep improving,” said the coach. “We plan to contend night in and night out.

Waldvogel thinks Stryker, with its experienced returning players, is the team to beat in the BBC.