Six Letterwinners Back For Ahs Volleyball 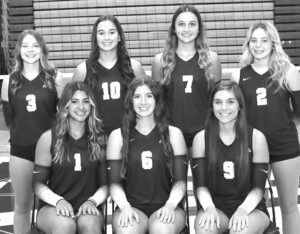 Six letterwinners are back for Debbie Culler, who enters her second year as head volleyball coach at Archbold.

Archbold finished the 2020 season with an 11-6 record, and shared the Northwest Ohio Athletic League Title with Bryan and Swanton. All three finished 6-1 in the league.

It was the Streaks’ first solo or shared NWOAL volleyball title since 2012.

“With so many returning letterwinners, there are very high expectations for this team to make their mark in the NWOAL,” said Culler.

“This team has big goals for this season to redeem a few losses from last year, and will work to continue to build a culture and legacy of winning.”