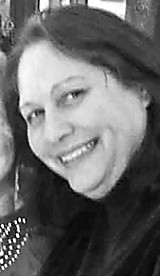 She graduated from Montpelier High School in 1977 and then received her bachelor’s degree from the University of Toledo.

Her career path took her down a variety of roads including working on the family farm, retail management, dental assistance, and tech support.

She was an infamous DIY Queen among her friends and family members and always had a unique creative project in the works, be it people, homes, or outdoor living spaces.

She always had a special place in her heart for animals, and could be found with a variety of pets surrounding her.

She had so many dear friends in both Ohio and Tennessee who will miss her immensely.

She was preceded in death by her parents, Quentin and Thelma.

Her presence, laughter and generous heart always lit up the room… she was greatly loved and will be dearly missed.

A memorial service followed by a reception was held on Saturday, April 13 at Grace Celebration Lutheran Church located at 8601 Trinity Rd. Cordova, TN 38018.

In lieu of flowers, please make a donation to the Williams County Humane Society.

A celebration of life will be held in Montpelier at the Gillette Building on the Williams County Fairgrounds on April 27 at 1:30 p.m., with an open house from 2:30-4:30 pm.