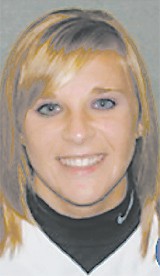 Alyssa Schaub, AHS ’..11, daughter of David & Denise, has been named a First Team selection in the outfield position on the University of Detroit Mercy All-Decade Softball Team of the 2010s.

The UDM Department of Athletics unveiled its All-Decade Teams of the 2010s, compiling the best student-athletes across the past 10 seasons (2010-19) into first and second teams in each intercollegiate sport.

All-league honors, award winners, standout and record breaking performances, academic achievements and accolades as well as submissions from fans were all considered for each team.

While playing for the Titans from 2011-2013, Schaub led the Horizon League with the most stolen bases and was an All-American scholar athlete each semester.