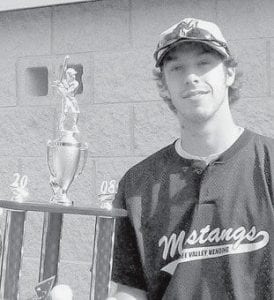 Wade Rychener, AHS ’06, was the recipient of the Tyler Williams Best Sportsman award in the David Betts Federation Baseball League tournament. Rychener is the son of Dan and Jan, Archbold. Individual awards were named after the five Bluffton University players who died in a bus crash in 2007. The Defiance Pirates beat the Bryan Young Guns 6-4

to win the championship.- courtesy