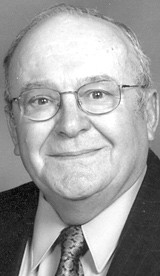 A lifelong resident of the Wauseon area, he farmed for 27 years, worked at Bil-Jax for 23 years, and at Lugbill Livestock. He served in Civilian Public Service at Eureka, Ill., for one year.

He was a member of Christ United Methodist Church in Wauseon, where he was in the bell choir and sang in the choir.

He was preceded in death by his parents; his wife; a granddaughter, Hollis Richer; and one sister, Velda Rufenacht.

A Celebration of Life service was held on Saturday at 11 a.m. at North Clinton Church with pastors Brad Faler and Mike Berne officiating. Interment preceded at 10 a.m. in the Pettisville Cemetery.

Short Funeral Home in Archbold was entrusted with the arrangements. www.ShortFu neralHome.com.

The family suggests that memorials be given to NOAH House.