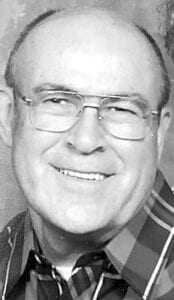 Robert was a graduate of Archbold High School and DeVry University. He was a veteran of the United States Air Force.

Aside from farming fulltime, he retired from AT&T and worked numerous other part-time jobs throughout his life.

He was a member of Pettisville

Missionary Church, where he enjoyed using his talents to assist with the audio and video department.

He was preceded in death by his wife and parents.

A funeral service was held Friday, March 12, 2 p.m., at Short Funeral Home, Archbold. Interment at Lauber Hill Cemetery was for immediate family only.

Those planning an expression of sympathy are asked to consider memorial contributions be directed to Pettisville Missionary Church.