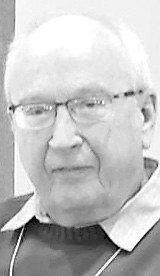 He was a 1963 graduate of Pettisville High School.

Bob served as the athletic director and taught high school Spanish and math at Millcreek-West Unity Schools, retiring in 1997. He coached various levels of basketball and track.

He was a leader and patriarch of Salem Mennonite Church, where he served in several capacities, most recently in building the new church.

Bob was an OSHAA basketball and track official. He worked at Sauder Village in maintenance and as an interpreter. He was a volunteer at Shalom Counseling and Mediation Center and Sarah’…..s Friends.

Bob was a conference moderator for Ohio Conference Mennonite Church and served as the construction manager for Fulton County Habitat for Humanity. After retirement, he worked as a handyman.

Bob enjoyed spending time with others and was truly a great teacher and character builder. He enjoyed woodworking, reading, vegetable gardening, playing board games, and watching the Ohio State Buckeyes and the Cleveland Indians.

He especially cherished his time spent with his family.

Those planning an expression of sympathy are asked to consider memorial contributions be made to Salem Mennonite Church-Building Fund, Sauder Village, Fulton County Habitat for Humanity, and Ohio Conference Mennonite Church.

Oberlin-Turnbull Funeral Home, 202 North Liberty Street, West Unity, was entrusted with the arrangements. Condolences may be sent to the family or the online guest book may be signed at www.oberlinturnbull.com.