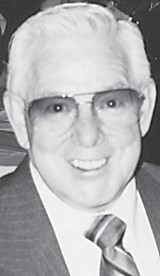 He married Merrium Gaye (Milner) Harriger in September 1947, and she survives. They recently celebrated their 70th wedding anniversary.

A graduate of Union Joint High School, Rimersburg, Pa., Bob worked at Sharon Steel in the Protection & Car Shop for 31 years, retiring in October 1983. He served in the U.S. Army during World War II.

He was a handyman and an avid Pittsburgh Steelers fan.

Bob was a member of the First Assembly of God.

He was preceded in death by his parents; two sisters, Pearl Mackinlay and Dorothea King; and two sons-in-law, Robert Sturges and Phil Short.