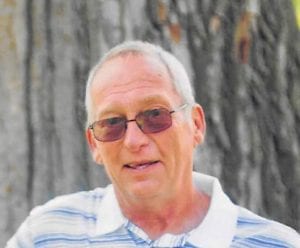 Rick A. Fisher, age 65, of Wauseon, passed away on Wednesday, Oct. 4, 2017, at the University of Michigan Medical Center.
Prior to his retirement, Rick worked at Sauder Woodworking after discharge from the United States Air Force. After his retirement, he worked part-time as a truck driver.
Rick was born on July 11, 1952, the son of Lucille (Vondran) Fisher.
He married Pat Zimmerman on Feb. 19, 1972, and she survives. Together, they were blessed with three children: Jason (Amy) Fisher, Jeremie (Courtney) Fisher, and Krissy (Bret) Mozena, all of Wauseon.
Besides his wife and children, Rick is also survived by eight grandchildren, Ashley Fisher, Chloe Fisher, Alexys Carteaux, Jocelynne St. John-Fisher, Addison Fisher, Gavin Fisher, Nathan Mozena and Bella Mozena; one sister, Karen Jones of Archbold; and one brother, Paul Fisher, also of Archbold.
He was preceeded in death by his mother, grandparents, and sister, Marilyn.
Funeral services for Rick will be held on Wednesday, Oct. 11, 2017, at 11 a.m. at the St. John’s Evangelical Lutheran Church with Pastor Jeff Corder officiating. Interment will follow at 2 p.m. in the Pettisville Cemetery.
The family will receive visitors on Tuesday, Oct. 10, 2017 from 2 p.m. until 8 p.m. and again on Wednesday from 10 a.m. until the time of service, at the St. John’s Evangelical Lutheran Church.
Memorial contributions may be made in Rick’s memory to the Wauseon Fire Department or to Sara’s Garden.
Online condolences may be made to the family at www.grisierfh.com. The Edgar-Grisier Funeral Home in Wauseon has been entrusted with arrangements.-Posted 10.5, 5:50 pm