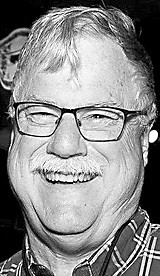 He is predeceased by his mother, Elizabeth Fraker, and his father, Richard Fraker, Sr.

He graduated from Western Kentucky University in 1975 with a degree in geography. He was immediately commissioned into the Army and later, the Pennsylvania Army National Guard, serving our country for over 22 years.

He also obtained a Masters in contracts management from Penn State, which he utilized in civilian employment with Scirex (clinical drug trial agency) and Church Housing Corporation (low income housing for the elderly and disabled).

After retiring to Virginia three and a half years ago, he found a new passion serving his community as an ambulance driver with the Lake Monticello Rescue Squad.

Lynn was a devoted father, dedicated track and field throwing coach and an avid supporter of the Second Amendment.

He will be deeply missed by his friends, family, and all who knew him.

No funeral service will be held. A wake is being planned for early 2020.

In lieu of flowers, please donate in his memory to the Lake Monticello Rescue Squad at 10 Slice Road, Palmyra, VA.