Remembering A Day That Changed Us Forever 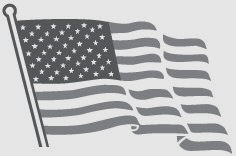 Six years ago Tuesday, the world as we knew it changed.

On Sept. 11, 2001- known simply as 9-11- more than 2,900 persons lost their lives after terrorists flew airliners into the World Trade Center buildings in New York City, the Pentagon, and a field in Pennsylvania.

Today, when a national tragedy occurs, the first thing people ask is, was it a terrorist act? Before Sept. 11, 2001, terrorism was the furthest thing from our minds.

A bridge collapses in Minneapolis, Minn. A steam pipe explodes under the streets of New York City. A railroad car filled with deadly chlorine gas gets away from railroad crews in Las Vegas, threatening catastrophe. None were acts of terrorism, but it was the first question asked.

Travel, especially by airplane, has become more complicated. Arriving at the airport two hours before departure, restrictions on items in carry-on bags, tighter security, fewer planes, more delays… have made airline travel less convenient and more stressful. Not to mention new passport regulations, even just to drive back and forth to Canada and Mexico.

America is a melting pot of citizens from all over the world, but increasingly the flavors of various cultures are clashing instead of blending. We’ve become more suspicious of other countries, other ethnicities, other religions.

Immediately after 9- 11, all Americans united to show national support for the victims and their families, and for the heroes whose courage and bravery stood as a beacon of hope.

Flags were everywhere. What happened to them?

Let’s make America a sea of red, white and blue once again on Tuesday, Sept. 11 by flying the flag. Every business, every home should display at least one flag.

Let’s show those who want to destroy our freedom and our way of life that no matter what challenges we face, we will face them, survive, and prosper.