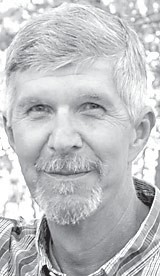 Ralph F. Krueger, age 58 years, of Archbold, passed away early Tuesday morning, April 25, 2017, in his home surrounded by his family, after complications from a stem cell transplant.

A lifelong resident of the Archbold area, he worked in the family business and later became co-owner of Krueger Construction.

Ralph was an avid Detroit Tigers fan and enjoyed golfing. He loved the outdoors, especially fishing, pheasant hunting, and spending time in his woods.

He spent summers at his cottage on Bird Lake and took great pride in the timber frame home he built for his family.

He was preceded in death by his father.

A Celebration of Life service was held on Tuesday, May 2 at 10:30 a.m. at the Archbold Evangelical Church with Pastor Calvin Rychener officiating.

Short Funeral Home in Archbold was entrusted with the arrangements.

The family suggests that memorials be given to Pheasants Forever or Miracle Camp. www.ShortFuneralHome.com.