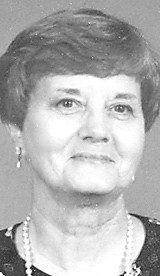 She married Jan Weber of Pettisville in September of 1967.

She moved to Ohio in 1973 and helped with the family dairy and beef farm before returning to college at Northwest State Community College for business and computer classes, which led to work with Peter Stamping, Sterling Milk Co., Hit Trophy and Greenthumb.

She was extremely active in the Pettisville FFA Alumni Organization and earned recognitions at the local, state and national levels for her accomplishments in membership recruitment.

She served her county through committee involvement with the Fulton County Farm Bureau.

But perhaps her most passionate service was in being a Sunday School teacher at Pettisville Missionary Church, for members of the local Sunshine Communities home, and organizing a yearly picnic and musical presentation at the Black Swamp Benefit.

She was an avid reader, and even organized a rally in 1994 in an effort to save the Northwest Bookmobile Center service, which had a stop in Pettisville.

She loved supporting the local student athletes and talking about her children and grandchildren.

She was preceded in death by her parents and three sisters, Betty Heddy, Barb Herman, and Kimberly Heddy.

A Celebration of Life service was on Friday at 11 a.m. at Pettisville Missionary Church with Pastor John Horning and Pastor Tim Steiner officiating. Interment followed the service at the Pettisville Cemetery.

Short Funeral Home in Archbold was entrusted with the arrangements. www.Short FuneralHome.com.