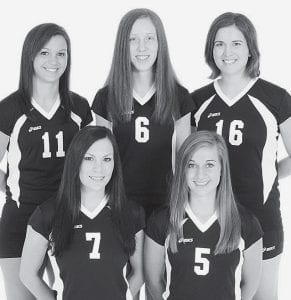 The Birds had six serving and 10 blocking errors in their loss to the Bulldogs.

Nofziger was 10/11 in attacks with seven kills. She also had five digs and a solo block.

Lauren Bontrager was 9/9 in serving with two aces. Rohrer- Meck was 14/14 in setting. Katie Weber, Schmucker, and Stacey King each had two kills; Stephanie Yoder and Rohrer- Meck each had one.