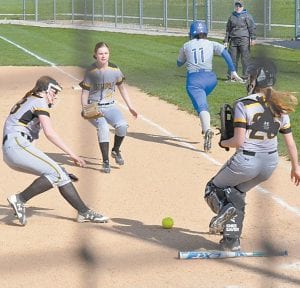 Mackenzie Morgan suffered the loss. In five innings she allowed 17 runs on 17 hits, struck out one, and walked one.

Morgan had Pettisville’s only hit, a single. Edon 11, PHS 1

Kenzie Rivera recorded the loss. In two innings she allowed five runs on five hits, struck out none, and walked one.

The Birds had two hits. Morgan led PHS with a double.