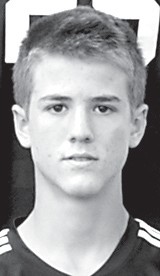 After losing its first and fourth games of the season, the Birds haven’t dropped a contest.

Ranked fifth in the final Northwest Ohio Scholastic Soccer Coaches Association poll, Pettisville has won 11 of its last 12 games; the 12th was a tie game with Ottawa Hills.

Overall this season, PHS has outscored its opponents 72-25.

Connor Wyse sent a cross to Blake Eyer, who finished with a shot to the back post in the 43rd minute of the match for the game’s only goal.

Pettisville controlled the match tempo and the midfield.

The defense was again well-organized against Continental’s counterattack, and goalkeeper Justin Roth was rarely put under pressure.

Detric Yoder scored four goals to bring his season tally to 30, a single-season record. He also surpassed Justin Rufenacht’s 49 career goals to become the career-scoring leader at PHS, with 52.

Connor Wyse chipped in two assists, bringing his single-season total to 19 and career total to 53.

Justin Rupp, Dillon King, Garrett Young, and Roth also had one assist each.

The winner advances to the district semifinals, Tuesday, Oct. 24, 5 pm, at Rossford.