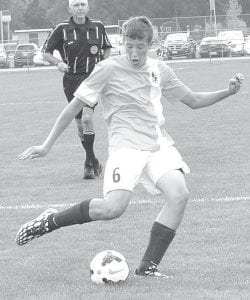 Archbold’s Jereme Rupp gets ready to pass to a teammate in the Blue Streaks’ match at Pettisville, Saturday, Aug. 23. The game ended in a scoreless tie.– photo by Mario Gomez

Josh Liechty and Jakob Waidelich each scored two goals for the Birds. 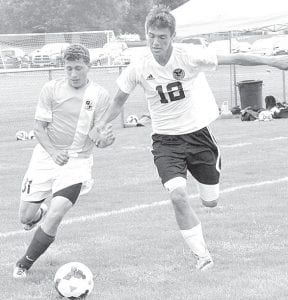