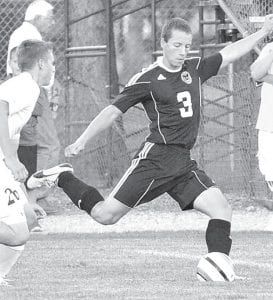 The Pettisville boys soccer team opened the season with one win and two losses last week.

Pettisville hosted Cardinal Stritch, Thursday, Aug. 22. The Birds dominated the first half. Most of the goals were scored at the end of the half.

The second half was more defensive-oriented and full of substitutions as PHS won 5-2.

Archbold hosted the Blackbirds for a game under the lights of Spengler Field, Saturday, Aug. 24. With the game scoreless at the half, the Streaks’ Brodie Nofziger scored the first goal of the second half at the 36:54 mark.

Troy King tied the score with 24:20 remaining to tie the score at 1.

At goal, Dustin Nofziger had six saves for PHS.