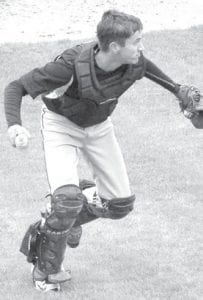 Hilltop scored four times in the first inning, and then added two in the second and one in the third.

Pettisville out-hit its host 5-4. John Rufenacht had two singles, while Barhite, Dillon King, and Austin Horning each had one.

The Tigers scored individual runs in the second, third, and fourth innings. PHS scored its only run in the fifth.

Each team garnered four hits. Barhite led the way for PHS with a single and a double. Rufenacht and King each singled.

After three scoreless innings, the Panthers scored the game’s lone run in the top of the fourth to pick up the win.

Roth suffered the loss, giving up one run on two hits, striking out nine, and walking three.

At the plate, Barhite recorded two singles. Rupp, D. King, and Roth each had one.