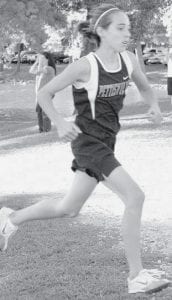 The girls team finished a solid second place in the league, and the boys team tied for third.

In the girls meet, Fayette came in first place with 37 points, winning all three league meets. Pettisville was second with 61.

The second-place finish was a repeat of the second BBC Jamboree, and allowed the Birds to claim second place overall after finishing third at the first BBC meet in mid-September.

Tanner Hostetler, a freshman, won all three league meets and was named BBC most valuable player.

Brady Avina was next in for the Birds, completing her run in 21:49 for fifth. Hostetler and Avina were named First Team All-BBC. 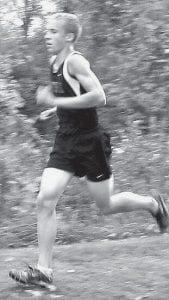 In the boys race, Pettisville scored a fourth-place finish with 91 points in the final league meet, but tied with Stryker for third overall.

Hilltop won all three meets, and Fayette came in second.

Austin Borton was the top runner for Pettisville, finishing the course third in 17:13. Lincoln Frey was sixth in 17:22. Both were named First Team All-BBC.

Chris Matthews finished 44th in 21:13 to finish the scoring.

The race begins and ends at the Ottawa Park. The top four teams in each race advance to the regional meet in Tiffin, Saturday, Oct. 25.

Any individual who finishes in the top 16 also will advance to the regional.