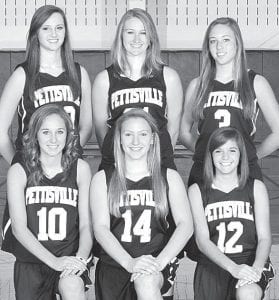 After a successful 16-7 season last year, 7-3 in the Buckeye Border Conference, Waldvogel looks to six returning letterwinners to lead the Blackbirds.

“We will be a young and inexperienced team, but we hope to overcome that with our aggressiveness and hustle,” said Waldvogel.

The Birds advanced to the Division IV district final last year, and that loss resulted in the loss of the mainstays of the Blackbird offense.

“Our strengths this year will be our attitude and the willingness to work,” said Waldvogel.

“We should be able to shoot the basketball fairly well, along with having decent speed.

As far as the BBC outlook, “I believe the league will be balanced,” said Waldvogel.

The Birds open their season, Friday, Nov. 23, when they host Wauseon.